8 Ways To Use The Numerology of St. Paddy’s Day 2021 To Supercharge Your ‘Luck Of The Irish’ 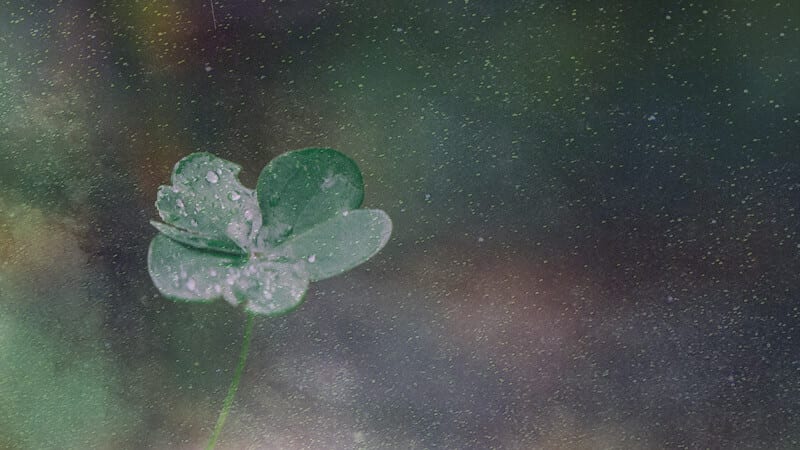 There’s more luck to be had this St. Patrick’s Day than what our modern-day celebratory ‘traditions’ might tell you…

Because not only are we dealing with a Holiday that’s steeped in lucky tradition and high-vibrational energy, but the Numerology is also massively in our favor – lucky us!

This St. Paddy’s Day we have some serious 8 vibes at play in the universe…

And it just so happens that the number 8 is associated with money, power, wealth, and influence… yep, pretty much all of the things that people consider to be ‘lucky’ when they fall into their lap.

So how exactly can you harness this energy and supercharge it to your own benefit this St. Patrick’s Day? Well (of course) we’ve got 8 ways for you…

Related: Why Your Celtic Astrology Sign Will Reveal a Completely New Side To your Personality!

The number 8 is a natural-born leader, driven by a powerful (and constant) desire for success. The number 8 doesn’t shy away from giving orders or taking control of a situation, they know what needs to be done and they don’t waste any time getting there.

The 8 takes control, seizes opportunities, and makes sh*t happen. And that’s exactly how you need to carry yourself when the 8 vibration is this high.

Now, I know that this mindset shift isn’t easy for everyone, often because we fear being bossy, condescending, or rude… But remember that there’s a massive difference between leading with confidence and purpose… and barking orders for the sake of superiority. Trust me, you’ll know the difference.

And yet… Life Path 8’s are typically thought of as those lucky people who seemingly ‘have it all’. And there’s an important lesson we can all learn from that – when you work hard for what you want, believe that it will come to you, and have next-level confidence in your abilities – that’s when the good luck really starts flowing.

Related: Discover How Chinese Astrology May Have Played A Defining Role In This Ancient Culture!

Another thing that the 8 is master at? Bouncing back from failures, letdowns, and missed opportunities. The 8 doesn’t sit around sulking after they’ve fallen off the horse – no, they get right back on! (which is exactly why they’re so ‘lucky’ all the dang time)

The thing is – life is bound to throw some mishaps and misfortune your way, but if you spend all your time thinking about it, talking about it, and complaining about it… well, guess what you’re doing? Focusing on it! Which is not what a lucky person does.

A lucky person sees the challenges and strifes, acknowledges them, holds space for them… and then promptly moves past them on their way to something better. Here’s your reminder: don’t spend too much time in the valley, because the best views are at the top.

The number 8 is the abundant, divine, cosmic flow of energy.

Just like the infinity symbol – the abundance of number 8 does not only flow towards the material – it loops and swoops and encompasses everything. Including your inner world. Ask yourself: are you being kind to everyone? Do treat everyone fairly? Are you holding on to unhealthy grudges or resentments?

Think of these negative traits as roadblocks in the middle of your infinity symbol… abundance cannot flow if there’s a barrier in its way. For you to truly supercharge your luck, and see prosperity in all aspects of your life, you need to clear the debris from your infinity symbol.

Next: Embrace Your Lucky Side, Remove Your Abundance Blocks & Step Into Wealth

But you know it wouldn’t be a proper luck-of-the-Irish article unless we actually talk about… well, the luck of the Irish! So let’s explore some of the most common Irish folklore and modern-day traditions the bring in the good luck of St. Patrick!

Many people know that they’re supposed to wear green on St. Patrick’s day… but how many actually know WHY?!

Green has long been associated with Ireland, even being nickname ‘Emerald Isle’… thanks to its luscious landscape of greenery and grassy hills. But most people don’t realize that this symbolism of color actually started out as a political statement when Britain was attempting to colonize the Irish.

Folklore says that leprechauns (who famously love to pinch everyone they meet) can’t see you if you’re wearing green – which is why many people dote green apparel on St. Patrick’s Day today.

So whether you’re wearing green in honor of Irish heritage or to save yourself a pinch (or two), you just can’t go wrong with green on St. Paddy’s Day.

Related: 5 Compelling Facts About Egyptian Astrology That Will Reveal That This Practice Is More Significant Than You Think!

That’s right – most people don’t know that blue was the color of the original coat of arms when the Kingdom of Ireland was first created. And in fact, blue remains the national color of Ireland even today (shocking, I know!) Even St. Patrick himself wore blue which is now referred to as “St. Patrick’s Blue”.

As stated above, green didn’t really become “a thing” in Ireland until the rebellion against England.

So if green isn’t your color – you can still honor the Irish (and harness some good luck, perhaps) by doting some azure blue threads instead!

Ah yes, everyone knows that finding four-leafed clovers is a tokin of good luck – by why?

St. Patrick actually used regular ‘ole three-leafed clovers to conduct his famous teachings (he used them to talk of the Holy Trinity, btw). So where does this whole four-leafed clover thing come into the picture?

Well as it turns out, four-leafed clovers are extremely rare! And that’s because clovers aren’t supposed to have four leaves, the fourth leaf comes from a genetic mutation. It’s about a 1/1000 chance that you’ll find a four-leafed friend, and THAT’S exactly why it’s thought to be good luck!

If four-leafed clovers weren’t so rare, then you would see them all of the time and it wouldn’t be near as special, magical, or serendipitous to find one.

The trick to finding that special clover in a field of 1000 others? Scanning the field fast! The human eye is excellent at spotting differences in patterns, so long as you aren’t overly-focusing on it. So don’t take it too seriously – have some fun with it!

Read Next: Amplify Your Luck Manifesting Power By Adding These Two Magickal Techniques To Your Day

#8  The Biggest Lesson In Luck of Them All…

Truth be told “the luck of the Irish” is kind of an ironic statement, and it definitely didn’t stem from the Irish themselves. If you’ve studied the history of Ireland, you’d know that their past is anything but what we typically define as “lucky”… wrought with decades of extreme famine, oppression, and civil wars. The Irish were not what you would consider fortunate, and in fact, many countries around the world were not welcoming to the Irish population that was fleeing from the poor conditions of their country.

The term “luck of the Irish” is actually thought to be an insulting statement referring to dumb or blind luck, rather than genuine talent or skill.

So after taking all of this into consideration you might be wondering: Why the hell are we all try so hard to be Irish every year on St. Patrick’s Day?

And the Irish proved that time and time again. Despite their challenges, troubles, and turmoil – the Irish have always been a contagiously proud, charismatic, and a straight-up pleasant bunch of people to be around.

They realize that luck is something you get to choose and – just like the Numerology of 8 demands – they don’t sit around waiting for things to get better… They own their power, work hard, shrug off the struggles, and through it all – they stay kind, humble, and proud to be exactly who they are.

Now that’s what I call lucky.

Tomorrow’s Forecast: The One Thing You Need To Know About Getting Your Point Across Today

BACK TO YOUR COSMIC GUIDE TO THE WEEK →

Why Your Celtic Astrology Sign Will Reveal a Completely New Side To your Personality!

Horoscope: How Your Sign Will Handle The Epic Changes Of This Week

Your Cosmic Guide To This Week: Your New Beginning Awaits

Good, Bad or Ugly. Your Tarot Reading Reveals How Good (Or Not!) Your Week Will Be!

Contrary to What the Media Is Telling You, Freedom Does Not Come From A Vaccine

How to Move On From A Breakup

Drop the Problem, Drop the Stress

Jupiter’s Magic – Throw the Dice and See What Happens

Why Your Celtic Astrology Sign Will Reveal a Completely New Side To your Personality!